Camden girls make their voices heard in a new book

Women of the Dream Provides Cash Gifts to Camden Girls During the Holiday Season!

Leslie Morris: Changing Lives of Young Girls And Women For A Better Future

Women of the Dream ‘Supporting Our Girls’ During the Coronavirus

Trip to Boston a Lesson in Success for Camden Teens

‘Women of the Dream’ a Dream Come True 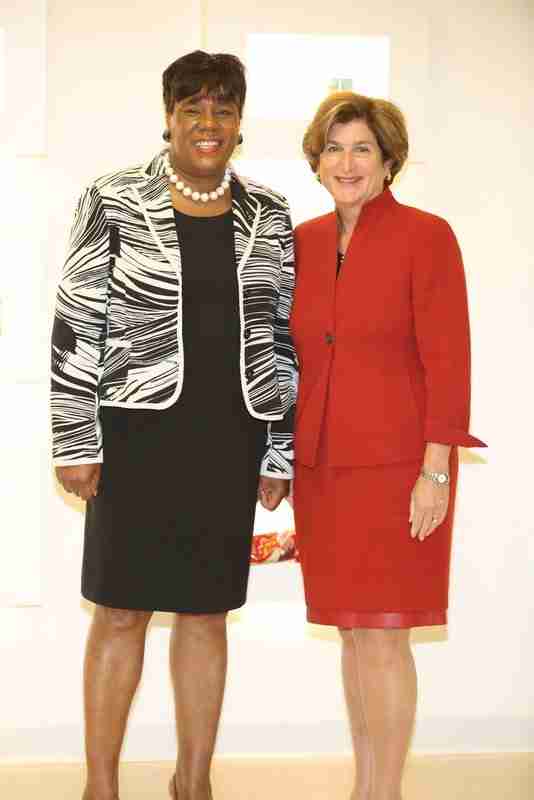 What do two women, Leslie Morris and Denise (Sullivan) Morrison have in common? Leslie is the founder of “Women of the Dream,” a nonprofit organization formed to aid African American girls, while Denise is Former President and CEO of Campbell Soup Company.

Both are driven, successful, powerful woman you may have read about or seen recently on the news. Both are willing to offer their time and expertise to the development of young, African American females. And both are graduates of the Long Branch High School class of 1971.

Women of the Dream (WOD) is the brainchild of Morris, who came up with the idea in 2011. Leslie and Denise were attending a high school get-together and Denise, talking about her climb up the corporate ladder, mentioned having met and worked with a number of phenomenal Black women graduates of Simmons University – a small private women’s college in Boston and Leslie’s alma mater.“ Lots of successful Black women have come out of Simmons University,” Denise told Leslie. She mentioned having met and worked with Ann Marie Fudge and Paula Sneed, who are considered among the most powerful Black women in business and corporate America.

“This whole conversation was started because of the vision of Leslie, my Long Branch High School classmate, and I’m very pleased to be able to support this effort,” Morrison said.

Leslie had been tracking the success of Black women graduates of Simmons for the last 20 years. She often called upon her Simmons sisters to speak with African-American girls in her own work and mentoring activities.

Leslie was also developing her vision to document the success stories of Black women to inspire, energize, and support struggling Black youth, and not just a few here and there, but nationwide. She simply needed the resources to take her vision to the next level.

Denise, who also has a passion for giving back to young people with limited opportunities, encouraged Leslie to submit her vision to her in the form of a proposal. Within a few weeks, Leslie delivered the proposal and identified a group of Black graduates of Simmons University who were willing to share their stories in a focus group format.

In 2012, 32 graduates, representing the classes of 1965-79, met at the Campbell Soup Company headquarters in Camden for a focus group that involved guided discussions on where they began in life, their experiences at a predominantly White women’s college during the Civil Rights movement, their personal and career challenges and successes, and how their stories could be used to guide a new generation of girls of color.

“I chose women born between 1947 to 1959 because they are the primary benefactors of the Civil Rights Movement,” Morris said

Following the success of the focus group, a survey was developed to expand the findings of the meeting, and was disseminated to nearly 200 Black women graduates of the 1965-79 classes. More than 50 percent responded to questions about the people and factors that most contributed to their personal and career success. The results of the survey were presented at the Simmons University Black Symposium in April 2013.

One of the girls chosen to be mentored, Faith, a student from Camden High school, considers herself lucky to be part of the program.

“There is so much drama, violence, pregnancy that statistically builds up to be one big enemy,” she said.

With ongoing support from the Campbell Soup Company, Women of the Dream has moved to a readiness to establish a national nonprofit organization that enables African-American girls to achieve their fullest potential and lead purposeful, healthy lives.