The Birth of Our Organization

Women of the Dream was born when two women, Denise Morrison, then-President and CEO at Campbell Soup Company, and Leslie Morris, a graduate of Simmons University (formerly Simmons College), were attending a gathering of classmates from their high school graduating class. Denise spoke of the phenomenal Black women graduates of Simmons that she has met and worked with throughout her career. Leslie had been tracking the success of her fellow Black women graduates of Simmons for the last 20 years and shared with Denise her vision to use their success stories to inspire a new generation of girls and young women. Denise, with her passion for preparing girls and young women for leadership, offered to assist Leslie in bringing her vision to fruition.

In June 2012, Leslie convened a cohort of 32 highly successful Black women graduates of Simmons University, representing the classes of 1965-79, at the Campbell Soup Company headquartered in Camden, NJ, for a focus group that involved facilitated discussions on where they began in life, their experiences at a challenges and successes, and how their stories can be used to guide a new generation of girls of color. The intent was to document their profiles and stories in a book project designed to inspire a new generation of girls and young women.

However, as the project evolved, the overwhelming consensus from Leslie’s Simmons cohort, Denise Morrison, and others, was that an organization serving girls and young women in underserved areas would have a greater and lasting impact than a one-time book project. By 2014, and with financial support from Campbell Soup Company, Leslie transformed Women of the Dream to a full-fledged organization that has served more than 300 girls in the city of Camden, NJ. Today, Women of the Dream is a vital part of the Camden school district and the Camden community. Partnerships include Campbell Soup Company, American Water Company, Rutgers University-Camden, Drexel University, Simmons University, PNC Bank-Camden and PNC Bank Foundation, and other entities. 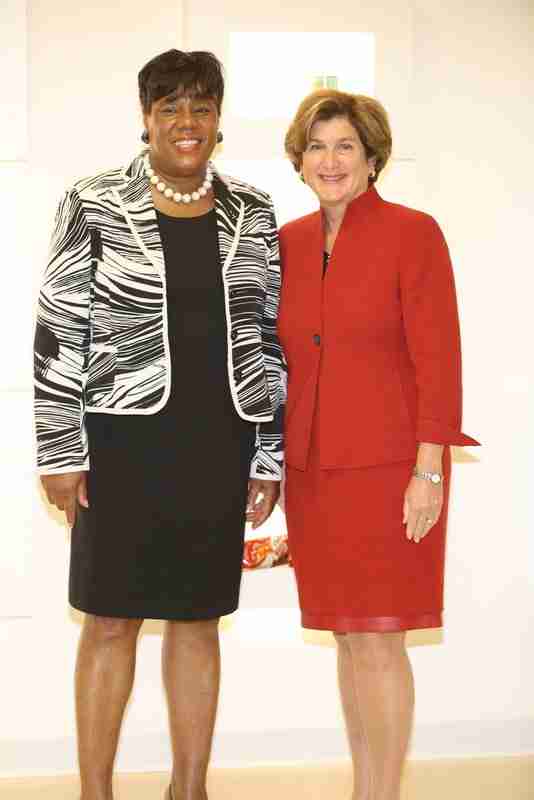 Do you want to give back to girls in underserved areas?  Have you asked yourself what you can do to make a difference in the lives of girls in underserved areas?  There’s plenty you can do!  Women of the Dream needs facilitators for our group services; presenters at our annual STEM conference; chaperones for our trips and events; mentors for our young women in college. For further information, contact Leslie Morris at leslie.morris@womenofthedream.org.